Even before he was elected to public office, Hikind toiled on behalf of his community. His unwavering commitment to Soviet and Syrian Jewry, to bringing justice to Nazi War Criminals, and to easing the plight of the Jewish poor, became themes that would last a lifetime and began to define Hikind as a fearless champion of his community. Representing Brooklyn’s  48th Assembly District since 1983, Hikind continues to serve as a constant reminder of what we can accomplish when we work together to make life better for everyone.

“Technology continues to make the world a smaller place,” said the Assemblyman. “It’s easier now than ever before to find information and quickly, but the nature of the internet also allows for plenty of false information. Consequently, the idea of having a website that allows our community to look back on what we’ve accomplished was very attractive to me. Many of the people who will visit my website may not have born yet when I took office. It's an opportunity to share with the younger generation things they will certainly find interesting but may not have known.”

The son of Holocaust survivors, Hikind agrees with George Santayana’s saying that those who don’t know history are destined to repeat it. “I’m delighted by the opportunity to share our community’s accomplishments with this new generation,” he says. “Our new website is informative, engaging and invites people to get involved. We are presenting a view into the past, but we are clearly looking at the future.”

Posted by Assemblyman Dov Hikind at 11:40 AM No comments:

Tonight on "The Dov Hikind Show"... Des Smyth (president/founder of SecureWatch24) joins us as we discuss the historic security initiative in Boro Park and Midwood.

HIKIND: “OUR RESIDENTS CAN SLEEP EASIER NOW KNOWING
OUR STREETS ARE WATCHED”

“As I pointed out when we first secured the funding for this initiative, our community is often a potential target for attacks. The new security-surveillance system that we are now putting in place will not only decrease the chances of outside attacks, but it will also enormously enhance law enforcement’s ability to solve and prevent local crimes. If any person were to go missing, G-d forbid, we will have exponentially increased the ability to locate and recover that person. If there’s an assault on someone in our community, we will have increased our chances of catching the criminal.”

“Some have questioned the need for these high-tech surveillance cameras in the community,” said Senator Simcha Felder (D-Brooklyn) who joined Hikind for the demonstration and ribbon-cutting event. “My response to the naysayers is that we must assist law enforcement in doing everything humanly possible to prevent terrorism and other crimes against New Yorkers. I want to thank and commend Senate Republican Majority Coalition Leader Dean Skelos and Assemblyman Dov Hikind for their leadership on this issue. I am proud to be part of this initiative.”

“Providing safety to New York’s residents is a key concern that all of us share, and when it comes to crime, security cameras are a proven deterrent,” said Assemblywoman Helene Weinstein. “I am delighted that my constituents will directly benefit from the presence of these new cameras. I will keep working with Assemblyman Hikind to expand this crucial program and deliver greater security and genuine peace of mind to residents throughout the borough.”

Working with the NYPD and community leaders, Assemblyman Hikind’s office identified key locations throughout the Borough Park and Midwood areas that would offer the broadest surveillance coverage. These include commercial districts, schools and institutions, as well as residential areas. The area is bounded by 60th Street to McDonald Avenue, 9th Avenue to 20th Avenue in Borough Park, McDonald Avenue to Ocean Avenue, and Foster Avenue to Avenue R in Midwood.

80 units containing 4 (four) cameras each, for a total of 320 cameras, will work together to create a security blanket—a virtual eye that can see what has occurred on the streets of the community in the event of a crime.

“This is a historical moment for our community,” said Assemblyman Hikind who thanked Senator Dean Skelos, majority leader of the New York State Senate, for helping secure the funds for the security initiative. “The achievement of this initiative demonstrates the importance of partnering with our government,” said Hikind.

Assemblyman Hikind also thanked Agudath Israel, and in particular both Rabbi Chaim Dovid Zweibel (who was on hand for the security initiative unveiling), as well as Dovid Tannenbaum, for partnering with his office. Assemblyman Hikind also thanked both the Flatbush and Boro Park Shomrim for their work in helping secure the communities. Representing the groups were Yanky Daskal, the head of the Boro Park Shomrim, and Bob Moskowitz, head of the Flatbush Shomrim, as well as Naftali Rosenberg from Flatbush Shomrim. Assemblyman Hikind also thanked JP Morgan-Chase, which was represented at the event, for their role in advancing funding for the initiative; as well as SecureWatch24 and their President/Founder Desmond Smyth for their technical guidance and expertise in creating a system and topography that would best serve the community; Joseph Palmieri, Brooklyn Borough Commissioner of the NYC Department of Transportation; and the NYPD, in particular Commander Mike Deddo of the 66th Precinct and Commander Eric Rodriguez of the 70th Precinct.


Posted by Assemblyman Dov Hikind at 12:04 PM No comments:

Rabbi Dovid Goldwasser, a well-known lecturer and motivational speaker, joins us as we discuss the national crisis of Anorexia and how it impacts our community. R' Goldwasser has authored two books on the subject and is recognized for his work in education, outreach, and youth-crisis intervention.

Assemblyman Dov Hikind (D-Brooklyn) is pleased to announce that the Department of Transportation will be changing East 15th Street (between Locust St. and Ave. L) from its current traffic flow status as a two-way street to that of a one-way street.

Assemblyman Hikind contacted the D.O.T. after receiving complaints about the congestion on East 15th Street.

“My office spoke to local business owners as well as parents whose children attend school each day at this location,” said the Assemblyman. “We heard from people at Yeshiva Ohr Yitzchok as well as Hasc and then took a look for ourselves and agreed that it was terribly inconvenient and a potentially dangerous situation. This change will ease the minds of many as congestion is reduced and our streets are made safer.”

The DOT said it expects the change to take place this spring. The Assemblyman thanked Borough Commissioner Joseph Palmieri for quickly addressing the situation. 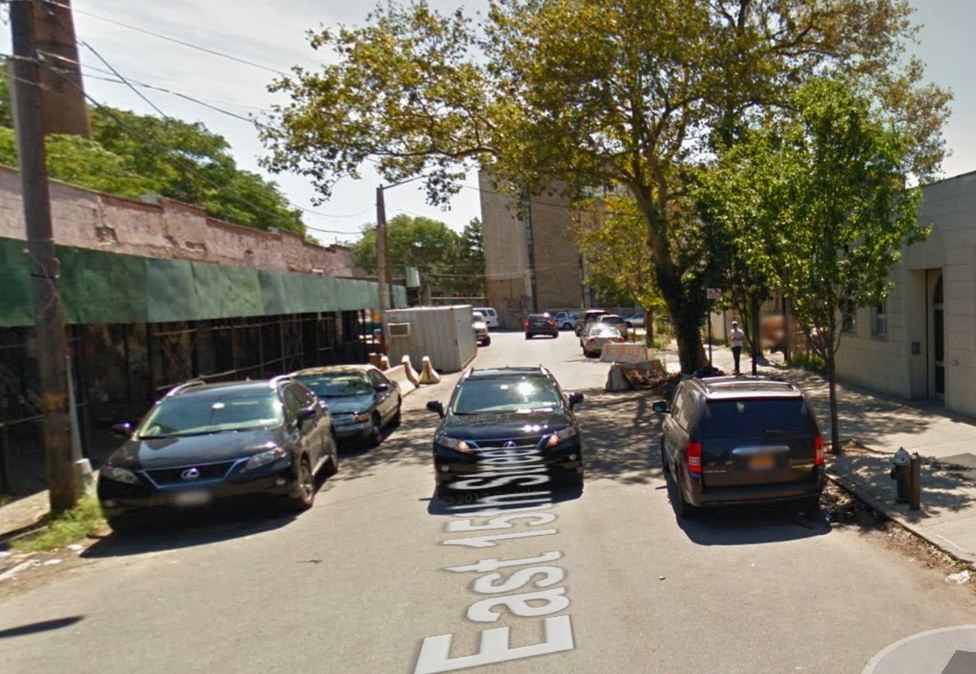 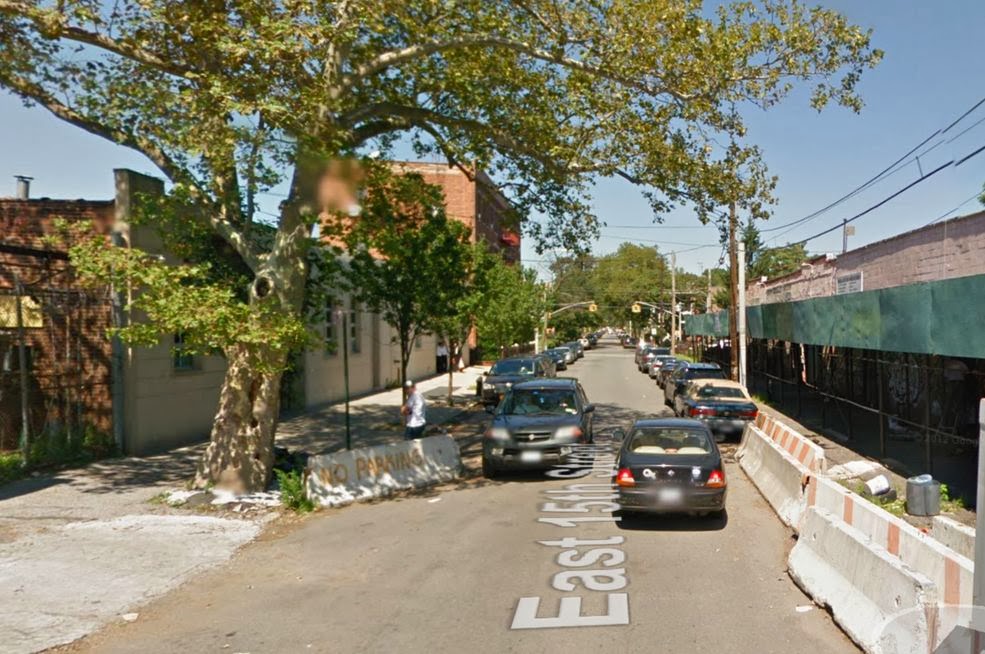 Posted by Assemblyman Dov Hikind at 5:53 AM No comments:

Posted by Assemblyman Dov Hikind at 5:11 PM No comments:

On the Passing of my Brother Moshe z'l

Posted by Assemblyman Dov Hikind at 1:29 PM No comments:

“WE NEED TO PROTECT THE DRIVERS AND THE PUBLIC”

Assemblyman Dov Hikind (D-Brooklyn) is shocked that so many drivers are heading out onto the roads with windshields and roofs dangerously covered in snow or ice… and even more so that they are getting away with it. Both, he says, have to stop.

“Snow or ice on a car’s windshield or rear window is a clear obstruction to a driver’s visibility,” explains the Assemblyman. “The law is very clear about this.”

“Frankly, I find it shocking that anyone at all would be willing to risk their own life the way I’ve seen drivers doing so during this recent storm,” Hikind observed. “I’ve witnessed people who were apparently in such a rush that they only cleared off a small portion of their windows and jumped in their cars to get going. Their visibility is clearly restricted. They can’t see what they need to see. It’s dangerous!”

“This is not just about the drivers or their passengers, it’s about public safety,” said Assemblyman Hikind. “Drivers must take the extra five minutes, or whatever is required, to do the right thing and make certain that their trip will be a safe one for everyone concerned. And law enforcement must make certain that drivers take these measures seriously.

Posted by Assemblyman Dov Hikind at 9:24 AM No comments:

Dov just got up from shiva today and will not be appearing on tonight's show.

Please join Dov Cohen and Yoni Hikind as they discuss life, death, love and loss—coping with the death of a loved one.

Join us each week as we discuss current events and how they impact our state, our city and our community.

Moshe Hikind, the brother of Assemblyman Dov Hikind, has passed away.

May the Al-mighty comfort the mourners amongst the mourners of Zion and Jerusalem.
Posted by Assemblyman Dov Hikind at 10:47 AM No comments:

As reported on VIN News, Wolf Sender has been named by the Brooklyn District Attorney’s office to oversee Jewish affairs in Kings County.
Wolf has served on Community Board 12 for eleven years and has worked under former Mayor Rudolph Giuliani, former Comptroller Carl McCall and under former Governor David Paterson during his tenure as New York State Senate minority leader.
This is great news for the Jewish community and everyone in Brooklyn. Wolf is a class act and a professional and I am just thrilled to hear about this.
Posted by Assemblyman Dov Hikind at 8:01 AM No comments:

Join us as we discuss current events and how they impact our state, our city and our community.